Under the slogan “Women First”
Inner Wheel Club of Al-Gezira Sporting Club, headed by Mrs. Wafaa Zaki and the club members established a workshop for ” Girls and Women’s Education” in Nahdat Al-Mansouriah Association in the Mansourieh region.
The club donated 5 sewing machines and a quantity of raw materials such as fabrics and accessories.
On Saturday, February 12th, 2022, the workshop was opened by Mrs. Wafaa Zaki, president of the club, with Mrs. Hala Hagrass, Chairman of D95 Egypt and Jordan, and in the presence of:
Mrs. Mona Aboul Fotouh, Honorary secretary for District 95
And Mrs. Mona Aref, the PC D95 2019/2020
And Mrs. Nihal Al-Bakry, D95 Deputy National Representative ،
Mrs. Zeinab Taki PC D95,
Mrs. Noura Fayek, Past Honorary Secretary for D95,
Mrs. Nagwa Kandil, President of the Inner Wheel Club of Mansoura,
Mrs.Azza Selim, President of Inner Wheel Club of Garden City ,
Mrs. Azza Al-Mufti, Past Honorary Secretary of District 95,
And a group of members and past presidents of the club.
The exhibition included the products of the trainees in the workshop, such as mattresses, towels, crochet works and embroidered pillowcase, which won the admiration of everyone, as well as an exhibition of used clothes at nominal prices for the people of the region.
The members of IWC of Al Gezira Sporting Club will take over and sponsor the project and it will be ensured as the club’s sustainable projects.
CD95 Mrs. Hala Hagrass, praised the club’s projects and efforts done by the club members and wished everyone a successful year.
The meeting prevailed in an atmosphere of friendship, love and intimacy. 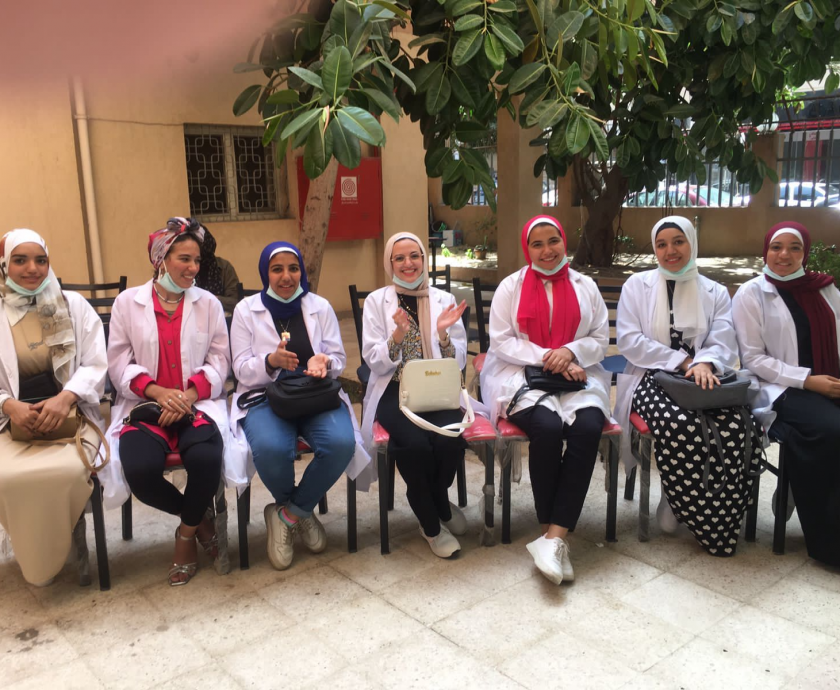 IWC of Al-Gezira Sporting celebrated the graduation of 7 nurses 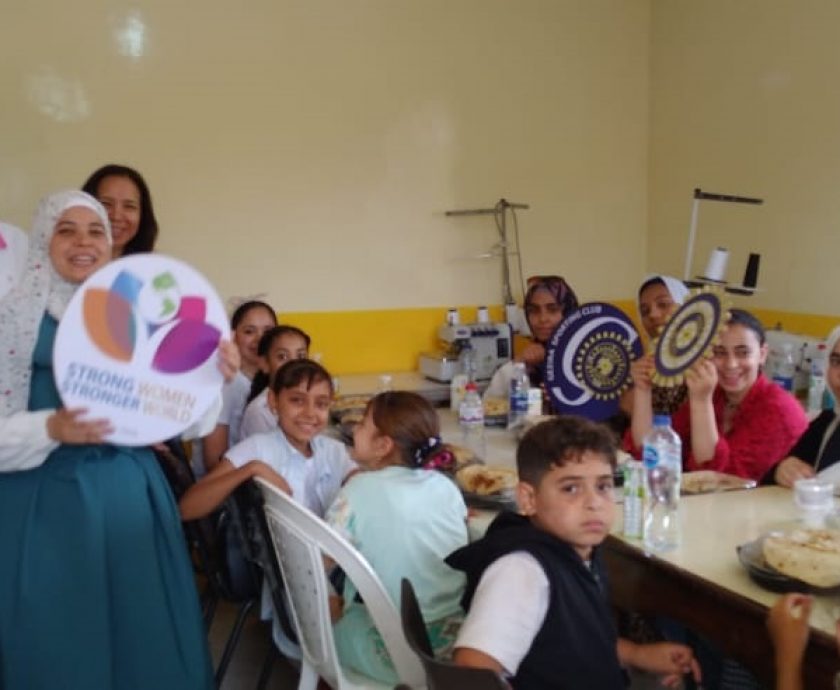