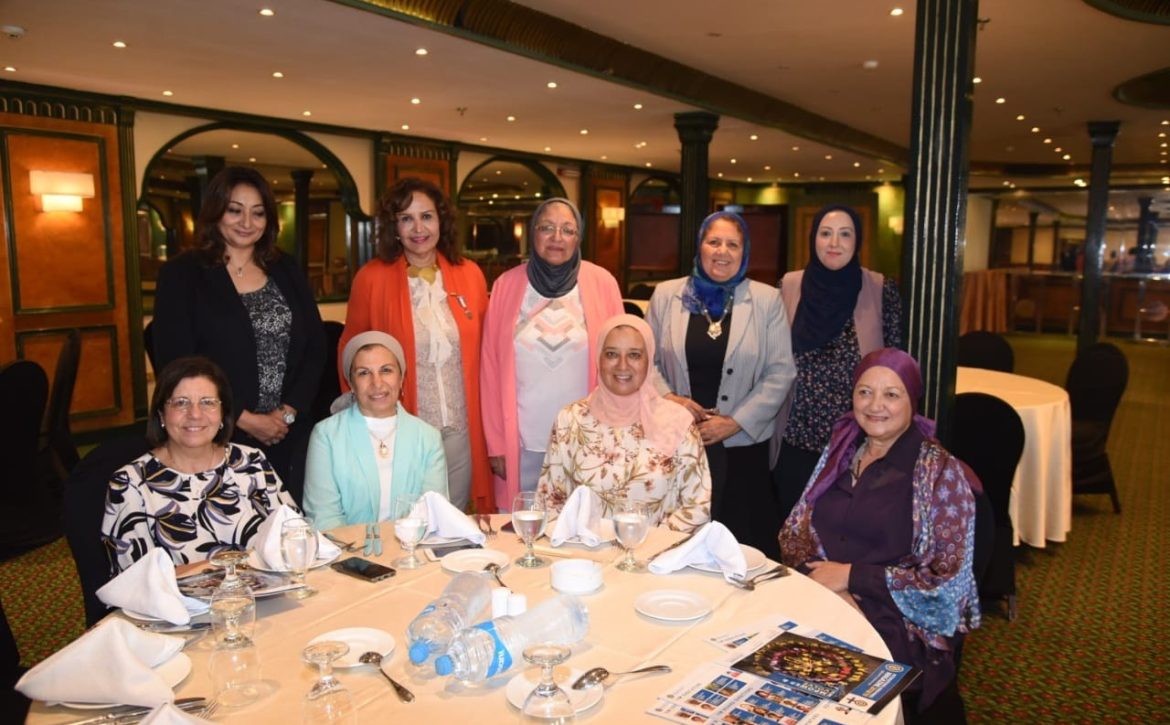 Mrs. Suzanne Tayeh, Chairman of District 95 Egypt and Jordan, visited the Innerwheel Club of Cairo under the presidency of Dr. Laila Khaled on Sunday the 22nd of September at Le Pasha boat. The visit was accompanied by Mrs. Zainab Taki, Vice-President, and Mrs. Nehal Al-Bakri, Honorary Secretary.the chairman clarified and explained a lot of the articles of the Constitution of Innerwheel and the club presented a symbolic gift to the District chairman. The Chairman received six new members of the Inner wheel club of Cairo and dressed them with the Innerwheel badge. This was followed by a free discussion between the members and the President and Vice-President of the district and the Honorary Secretary during the lunch. Serious and confidential proposals, which they voiced
We have benefited greatly from the speech of the District Chairman and the rich discussions and serious proposals put forward by the district members to solve some of the problems of the club, they have all our thanks& appreciation
Abeer Dajani
Webmaster ,District 95
8 Likes 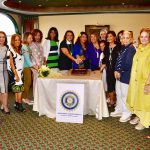 IWCs Workshop to all 30 Clubs of D95 Meeting 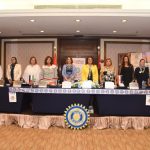