On Saturday, March 16, 2019, at Nile Maxim Boat in Zamalek, members of Inner Wheel Club of Garden City under the chairmanship of Mrs. Nehad Badawi hosted their annual ceremony. The ceremony was organized by Mrs. Didi Sourani and Mrs. Iman Afifi.

The ceremony was attended by Mrs. Zainab El-Ghazali, chairman of Inner Wheel Club District 95 Egypt & Jordan and Mrs. Hanaa El Sadat, who is responsible for the IWCs website with the presence of a large number of IWCs members, presidents and a large number of women of the society. The ceremony included a performance by singer Nadia Mustafa.

The chairman gave the singer the club shield and a painting painted by Artist Iman Afifi.

The ceremony’s profit was dedicated to the club’s projects this year. 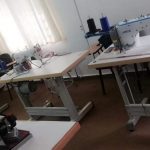 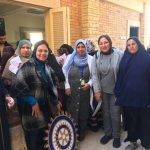