On Monday 5 November 2018, members of Inner Wheel Club of Alexandria had a special meeting, in which Mrs. Huda Abdel Hadi and Mrs. Salam Heno spoke to about the establishment of Inner Wheel Club of Alexandria and the principles, objectives of IWCs, how to join the club and who is the club’s delegate and her role, along with other important topics in the constitution of IWC. Mrs. Mona Ashour later spoke about the bazaar to be held on the 7th and 8th of December. The meeting was moderated by vice president Mrs. Samia Al-Bourini. It was a fruitful meeting which benefited all members of the club.
Responsive WordPress Carousel Slider
5 Likes 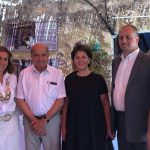 Inner Wheel Club Participates in the Opening Ceremony of a Rest House and a Plant Distillation Laboratory in Kufranjah City, Ajloun in North Jordan 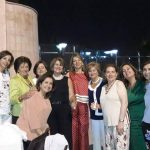 By Hanaa Elsadat
Inner Wheel Club of AlexandriaIWC Of Alexandria ProjectsProjects 2021 – 2022
May 6, 2022