The meeting began with the speech of the NR Mrs. Iman Al-Bashari, by welcoming the Jordanian delegation, the Executive Board Committee, the District former presidents , Clubs’ presidents and members.

Mrs. Iman praised the many charitable works that she was proud of as she wrote the annual report of the International Inner Wheel for the projects of D95 Egypt and Jordan, which cost 19 million Egyptian pounds in all areas that serve women and children in health, education and others.
She also announced the name of the next IIW president for the year 2022/2023 from Philippines Mrs. Zenaida Farcon and her Theme ” Work Wonders”.
Mrs. El Bashari mentioned that she is so happy, for the first time, that two of the IW members in one year received the highest honor from the International Inner Wheel, which is the Margaret Golding Award, namely, Mrs. Zainab Al-Ghazali and Mrs. Hanaa El-Sadat.
Finally, she thanked DC Mrs. Hala Hagrass and her Executive Board Committee and announced the coming National Representative for the year 2022/2023, will be Mrs. Suzan Al Tayeh from Jordan and Ms. Ghania Al Tayeh for the year 2023/2024 from Jordan.

Ms. Mona Aboul Fotouh, District Honorary Secretary made a presentation for the official meetings and the visits of DC Hala Hagrass to all clubs and projects throughout the year 2021/2022.

The speech of DC Mrs. Hala Hagrass, came with thanks and gratitude for the work with her EBC this year and the wonderful efforts and projects provided by all the clubs in Egypt and Jordan, especially the donation made by the clubs to make a breast cancer examination room in Baheya Hospital, Sheikh Zayed Branch, which costed 619 thousand Egyptian pounds.

Words went on to the rest of the members of the Executive Board Committee of D95.

Mrs. Hala Hagrass also distributed certificates of thanks and appreciation to her EBC members and club presidents for their fruitful efforts to serve the community for those who are less fortunate.

The ceremony and the meeting ended with taking memorial photos of the Executive Board Committee for the year 2022/2023 headed by Mrs. Nora Fayek. 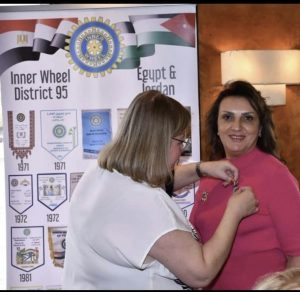 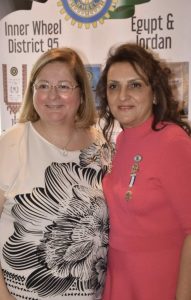 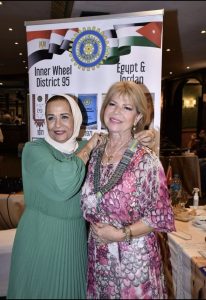 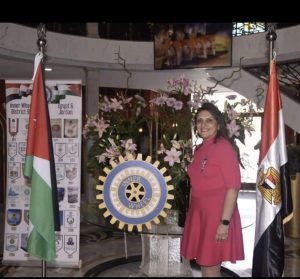 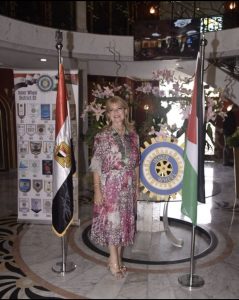 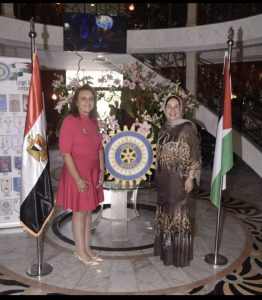 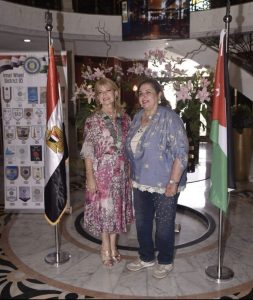 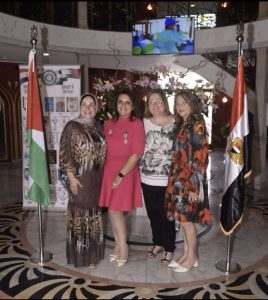 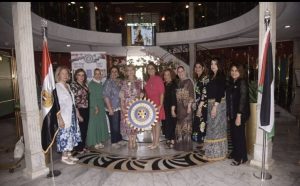 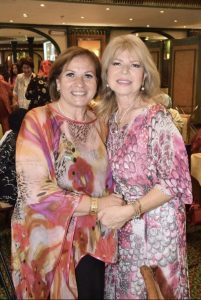 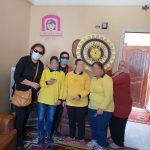